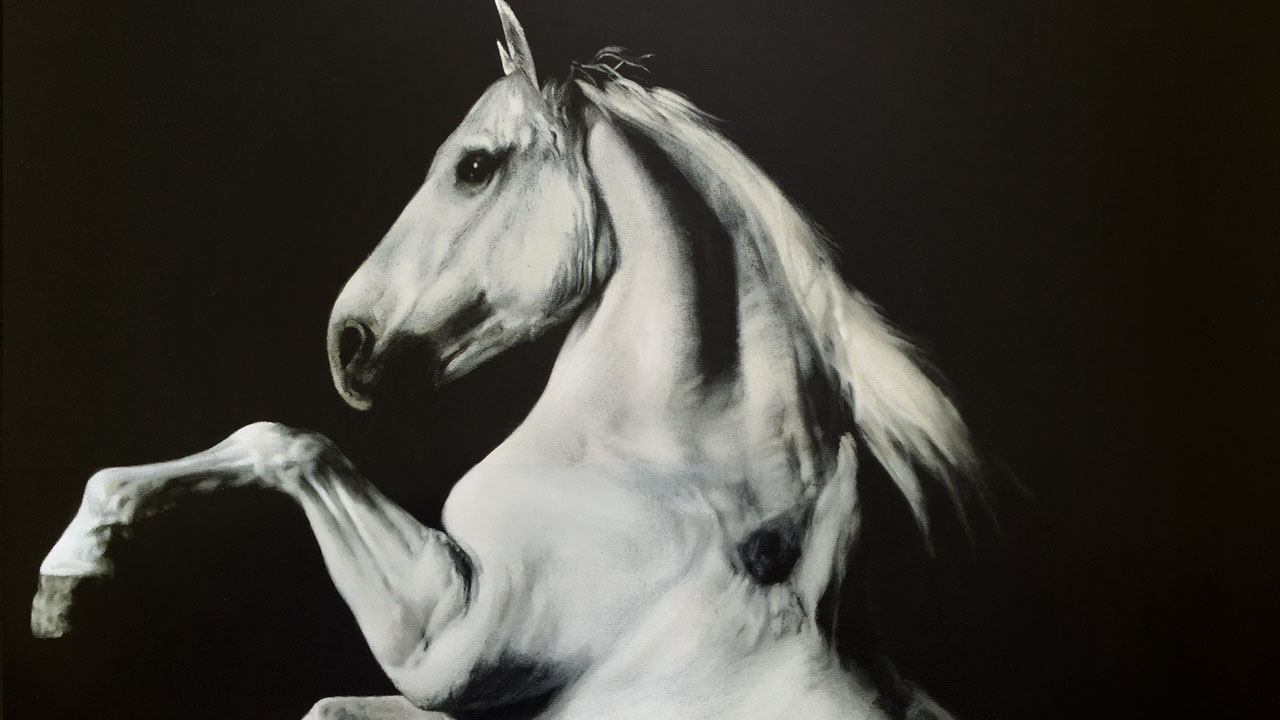 “It is not necessary that the artist believes symbols, otherwise, it would be better to write at once what is meant instead of paint.” Alfred H. Barr

Referring to the symbols, the horse as a symbolic element has taken on very different meanings throughout history: the messenger of death emerged from the darkness, or the bringer of death, or the conductor of souls to the kingdom of dead. The horse has also been a symbol of the dark and irrational, meaning that has derived representing the uncontrolled desires, from the crush to the rape and abduction.

The symbology of the horse is rich and complex. I searched to represent an eternal horse, that is, hidden, secret, unknown, elementary, abstracted from references to delimit the meaning. The upright riding solemnly raised in the air, powerful, white pose on black, reinforced, tempered by the symbolism of these colors: purity and darkness.

The disposition of linen has a lower density than the black background that is rather thick and dense, which enables the horse remains in suspense smoothly.