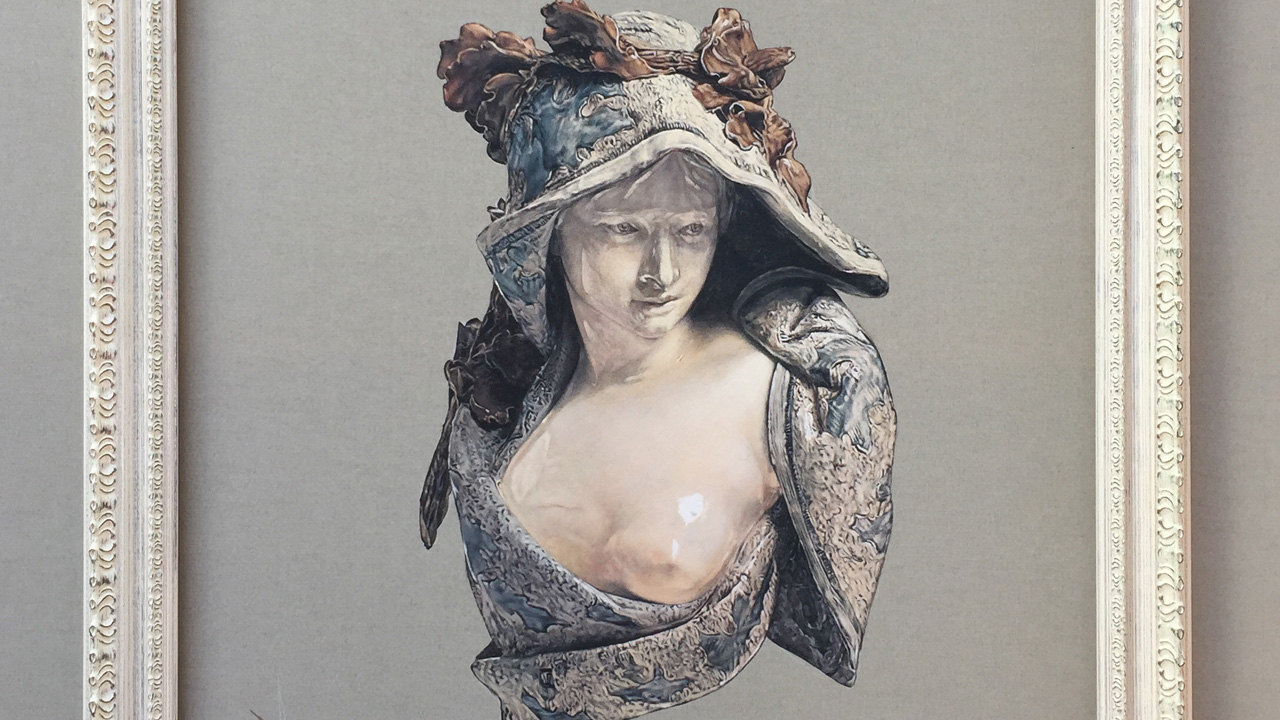 Velleda and lilies in bloom

There is a story behind the original lilies in which the painting is based on, 300 years ago, tales of Ise, Chapter 9: A japanese court in exile stops on his trip beside a pond full of lilies in bloom, and he composes a poem that expresses his longing to his wife that he had to leave in the twon.

Lilies come into the picture as a group of violins, attacking on the frame, insisting until they cross and reach velleda. Velleda, meanwhile, belongs to a group of ceramics in a context that was a jump back to the classical order of its time; in classic, textures and shadows in the relief were novel; It is an idea that somehow spans the frame and reaches lilies. I wanted to establish a dialogue between the elements, a very poetic living, dying to velleda with the evocative nature of lilies, painting an evolution from the lilies to the poem.